Senior Sepians know, the second Saturday in January is dedicated to Auntie Miriam, Alan's beloved relative. The reason why she is known to just a few people is that during most of the year she is kept in a cupboard. Or so Alan tells us.
To us here in the Low Countries that seems to be a rather peculiar method of keeping your family together. But obviously we don't have any Scots here threatening to leave us. The idea alone may frustrate the English family feeling. So on second thought we understand our neighbours on the western shores of the North Sea. In any case this post is written in honor of Auntie Miriam. And who can be a better subject than my own Auntie Jo.

I wrote about Auntie Jo before. At the time she was 99 years old. Unfortunately she passed away last October 101 years old! Although physically she was not too well anymore, her brain was still as sharp as a needle.
To clarify the family relationship, she was married to a 1st cousin once removed. His name was Johannes Frederikus Miebies. Born in 1899 he died at the rather early age of 59. Aunt Jo never remarried so that made her a widow for almost 56 years. Possibly because of that she had her own hairdressing salon. In those days it was quite unusual for ladies to be employed. And having your own business must have been almost unheard of (in Holland) in those days. But Auntie Jo was not the person to be bothered by that kind of social convention. She took her own decisions.
Funny enough I never knew Aunt Jo until I started taking an interest in genealogy in the early 80's. When I was leafing through the white pages of The Hague, I saw the name Miebies-Innemee and realized she was part of the family I had never been in contact with. (With a last name like mine anyone with that name just must be related.) So I picked up the phone and the contact was made. It lasted well over 30 years. 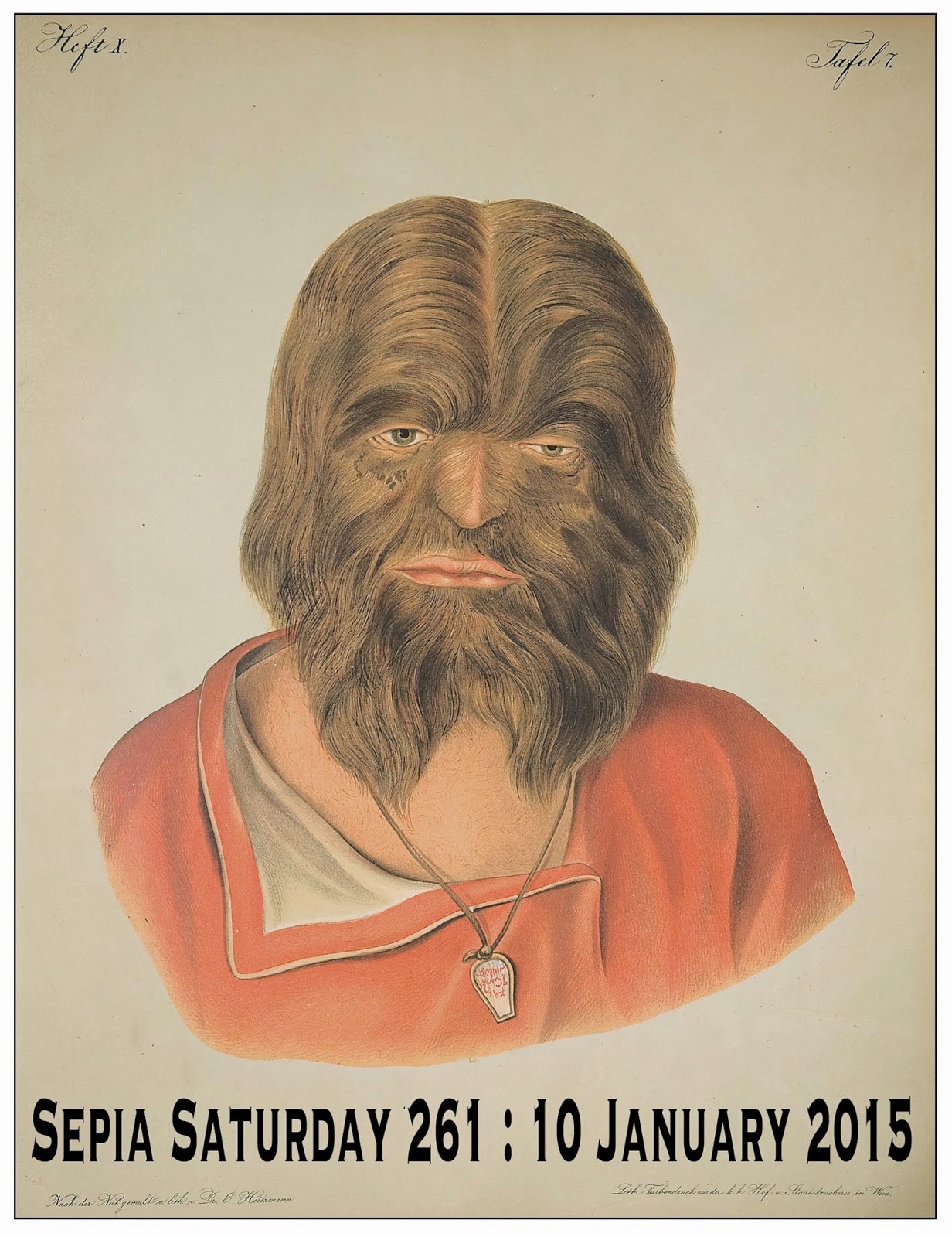 Much to the surprise of the people around her, she lived on her own until early 2014. Only during the last six months of her life her health forced her to leave her house and live in a nursing home. It was hardly a voluntary move...
Now that she has joined Auntie Miriam, I am certain that the two of them will get along very well. I am equally certain that they will keep a critical eye on their respective cousins.

Having been a hairdresser I am sure Auntie Jo would have known what to do with the person portrayed this week. If you are curious whether other Sepians cut it short or not, please see the Sepia Saturday Site.
Posted by Peter at 08:42 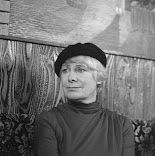